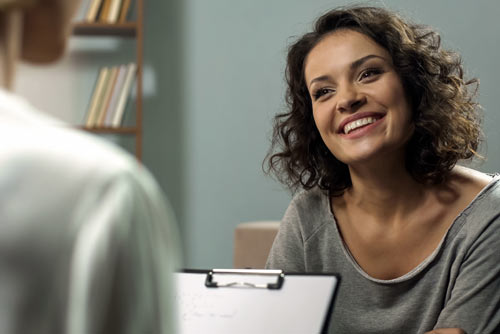 When I come for my first integrative medicine appointment, what should I expect?

First of all, you will get a very thorough medical history and examination.
We do ask you to bring in previous records from other practitioners and investigation results, which often people have been to a lot of doctors before they come to us.

So your first appointment you’ll get a very thorough assessment from that point of view, and I will look at all of the test results that you’ve brought in.

Then we’ll determine what further action we need to take from there. I always ask people to give me the three things that they want to get help with the most, because often if that’s not really clear and I start working on something else, we don’t get such a good result. That helps me serve you best.

After the initial appointment, I will be able to target which particular system we might focus on. I try to collect as much information as I can in that first visit, get a sense of the person, how they want their life to be, and then I’ll target certain things.

It’s sort of a general approach in that you’ll be talking about diet, environment, lifestyle, etc. But then you’ll also pick out things that you’re going to go really specifically into.

For example, if someone comes in and their main problem is mental health or that’s the thing they want the most help with, then I might not focus as much on their diet and their particular lifestyle initially. I might be trying to do more of the work of balancing the neurotransmitters so they feel good enough to be up to make some of those other changes.

But if someone’s coming with a gut problem initially, then you would go right to the gut as quickly as you could.